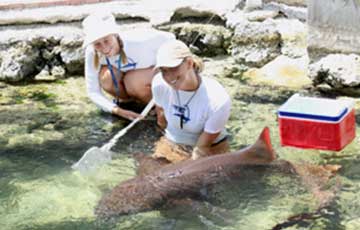 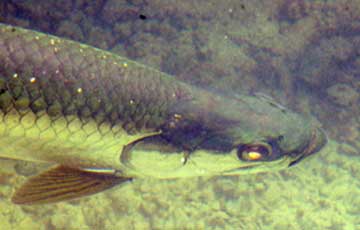 Theater of the Sea displays a variety of sport and game fish that are native to the Florida Keys, including tarpon, bonefish, redfish, snook, snapper, grouper, jacks and sheepshead. Learn more about these fish as they are fed and discussed on the Fish and Reptile Tour. 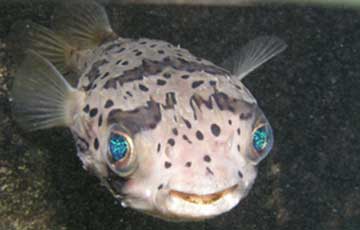 Theater of the Sea’s coral rock substrate provides a natural habitat for many species of tropical fish found along the waters of the Florida Keys, including parrot fish, trigger fish, puffer fish, pork fish, tangs, file fish and more! You’ll learn interesting facts about each species on our Fish and Reptile Tour. 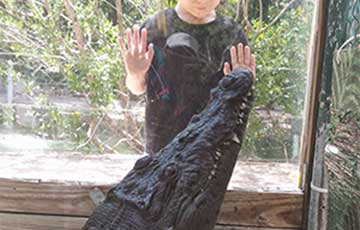 Theater of the Sea is home to two American alligators (Alligator mississipiensis) and one Cuban-American crocodile (Crocodylus acutus). You can learn about the differences between crocodiles and alligators and have the opportunity to observe a training session during the Fish and Reptile Tour. 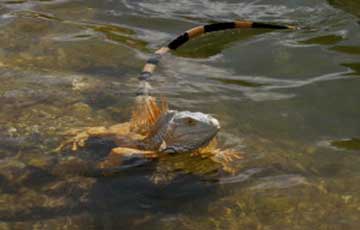 Iguanas are an invasive species in the Florida Keys. They’re believed to be the result of intentional release into the wild and have proliferated over the past decade. Theater of the Sea displays an adult male Green iguana that was donated to the park by a responsible pet owner. 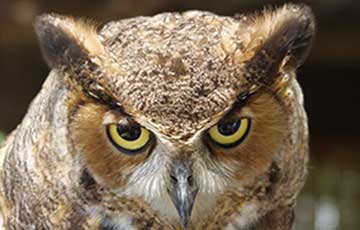 Theater of the Sea is home to a Great Horned Owl (Bubo virginianus) that was deemed non-releasable due to human imprinting. You can learn more about their exceptional eye sight, silent stealth, and interesting facts during the Fish and Reptile Tour. 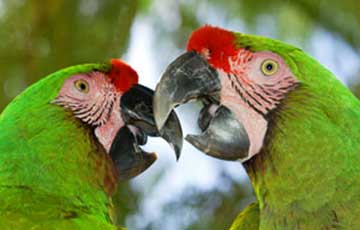 Theater of the Sea houses a wide variety of parrot species found around the world, from large macaws and cockatoos to smaller Amazon and African grey parrots. Many of the parrots have been donated by private owners seeking permanent placement for these loud and long-lived pets. 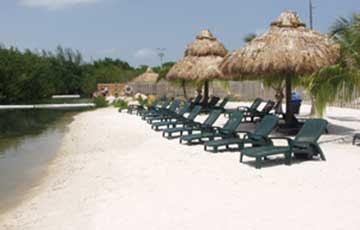 General admission to the park includes access to our private lagoon-side beach where guests can relax, sunbathe, swim, and snorkel with tropical fish. Freshwater showers, changing rooms, and lockers are available for use, snorkel equipment and towels can be rented, and snacks can be purchased. No lifeguard is on duty. The beach is open daily from 11:00 a.m. to 4:00 p.m. 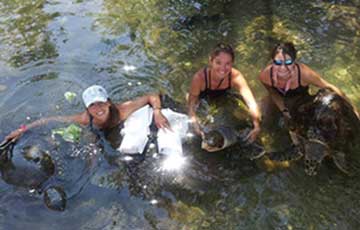 Reservations can be made:


We cannot accept reservations made by fax or email.

Interactions will be kept to one family/friend group per program, so space is limited. Please call or book online today to secure your spot.

In addition to our interaction programs, our gift shop is open 9:15am to 5:00pm daily!

We offer clothing, jewelry, one of a kind paintings made by our dolphins, sea lions, alligators and parrots, home décor, children’s toys, and much more. Come check it out!