Theater of the Sea is home to many animals who have been rescued, rehabilitated, and deemed non-releasable for a variety of reasons. These animals often require specialized long-term care and treatment that is funded through patronage alone. 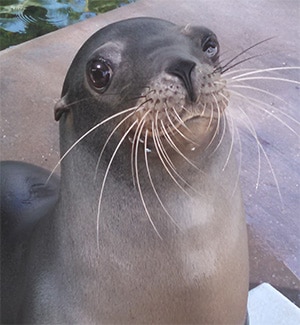 Bella is a female California sea lion who stranded on a California beach as a pup and was rescued and rehabilitated by the Marine Mammal Care Center in San Pedro, California. She was diagnosed with a neurological condition affecting her cerebellum which causes her to constantly weave her head. In October 2009, Bella was flown on a Fed Ex plane from LAX to Miami, Florida and then driven to Theater of the Sea. 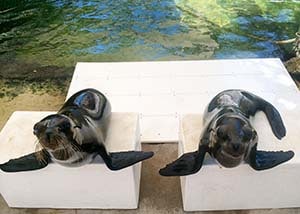 Malibu and Monica are female California sea lions who stranded during the Unusual Mortality Event that resulted in emaciated, dehydrated, and underweight California sea lions stranding along the California coastline between January 2013 and September 2016. Malibu stranded on Malibu Beach. Monica stranded on Santa Monica Beach. Both animals were rescued and rehabilitated by the Marine Mammal Care Center in San Pedro, California. Malibu and Monica arrived at Theater of the Sea on Jan 5th, 2016. 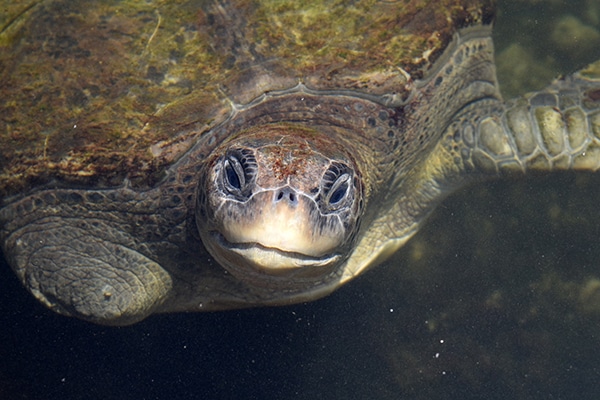 Aphrodite is a female Green sea turtle (Chelonia mydas) who was found stranded on Conch Reef in Key Largo, September 10, 1991, when she was only about the size of a dinner plate. She was entangled in fishing line. By the time she was found, gangrene had already begun to set in so her flippers had to be amputated in order to save her life. Theater of the Sea provided her with a permanent home and she has grown to nearly 300 pounds. She plays an important role in educating guests about the dangers of marine debris. 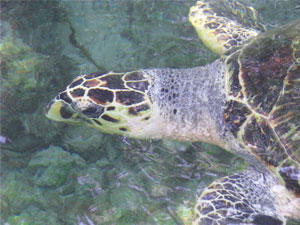 Christmas is a female Hawksbill sea turtle (Eretmochelys imbricata) who was found stranded near Sugarloaf Key on December 25, 2006. She was taken to the Turtle Hospital and diagnosed with a buoyancy disorder that caused her to float at the surface of the water. Lead weights were attached to her shell to allow her to breathe and dive more normally and she arrived at Theater of the Sea on August 9, 2007. 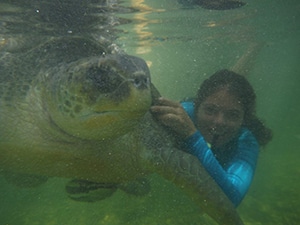 Jahna is a female Green sea turtle (Chelonia mydas) who was rescued from the beaches of St. Croix in the U.S. Virgin Islands on September 8, 2003. After going ashore to lay her nest of eggs, Jahna was attacked by a pack of feral dogs. Since sea turtles can’t retract their head and flippers into their shell, the dogs did extensive damage to her flippers, neck, and eyes. She underwent surgery for her injuries, but sadly her eyes could not be repaired and had to be removed. Jahna underwent months of rehabilitation at the Turtle Hospital before Theater of the Sea took her in on January 14, 2004. Despite her visual handicap, Jahna is thriving by relying on her senses of hearing and touch. She responds to the source of underwater sound cues which alert her that food is available, and guides herself around the pool’s edge through touch and mentally mapping landmarks in her habitat. Jahna is a calm, gentle sea turtle with an inspiring will to survive, and is a shining example of how animals can overcome disabilities just like people. 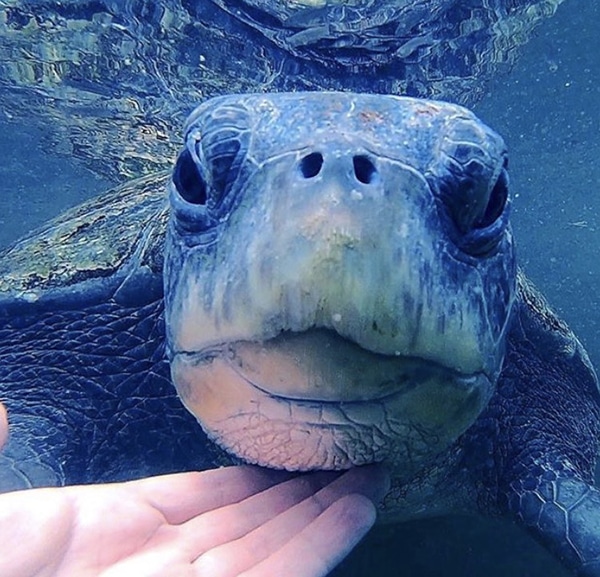 Henry is a Green sea turtle (Chelonia mydas) who has resided at Theater of the Sea since 1999 due to visual deficits. He enjoys attention, basking in the sun, and eating.

Theater of the Sea houses 3 rescued crocodilians. As with all of our animals, we utilize training and enrichment with our crocodilians, which: 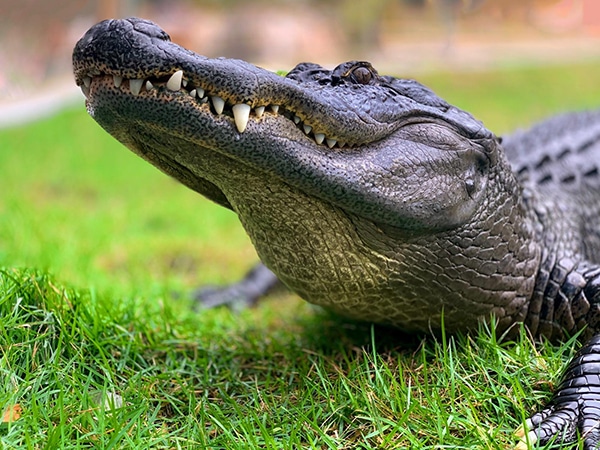 Piper is a male American alligator (Alligator mississippiensis) who was rescued from an unsuitable home in Colorado by Dr. Kevin Fitzgerald of Animal Planet. He was relocated to Theater of the Sea in June 2008 when he was just 4 pounds. 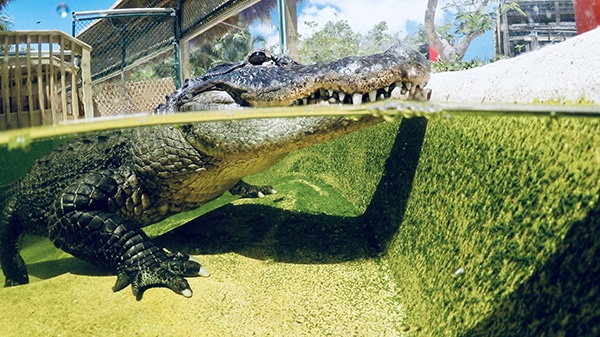 Alley is a female American alligator (Alligator mississippiensis). Theater of the Sea offered to give her a home in 1995 when the owners of a tee shirt shop who had raised her as a pet could no longer care for her as she reached adulthood. 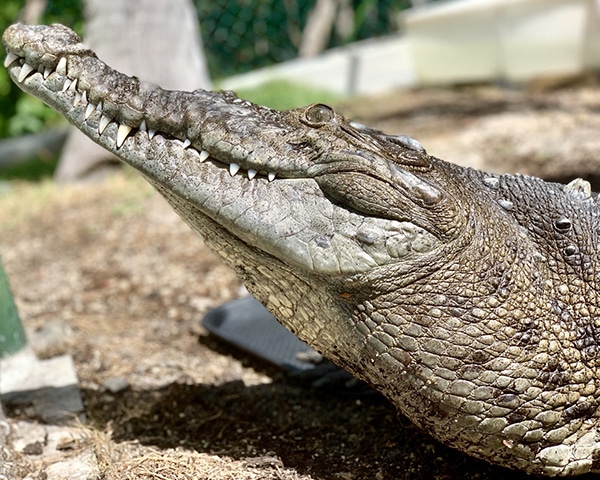 Igor is a male American and Cuban hybrid crocodile (Crocodylus acutus). He was struck by a boat propeller which left his tail severely damaged. Although completely healed, he cannot be released because he is a hybrid. He was cared for by the Miami Metrozoo until he was moved to Theater of the Sea in July 2008. 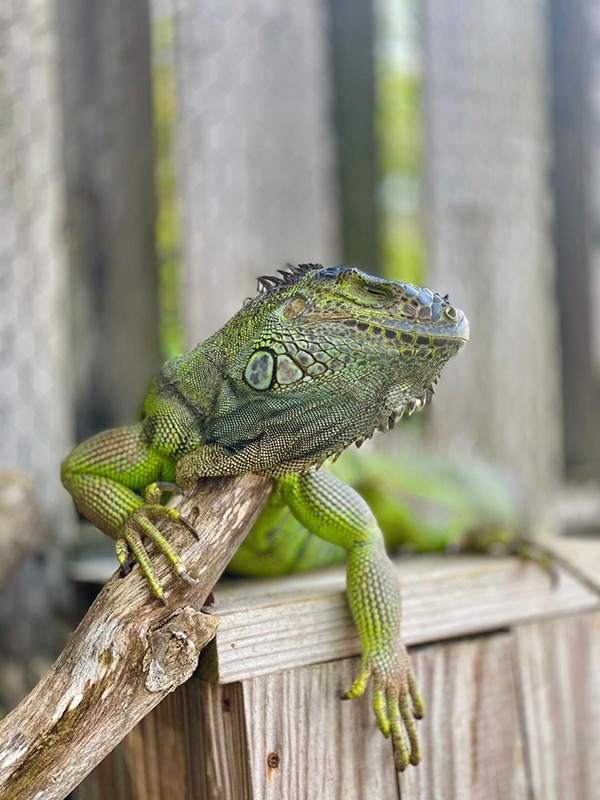 Zilla is a Green Iguana (Iguana iguana). She was given to Theater of the Sea to care for because she has no eyes.

Iguanas are very popular in the pet trade. Unfortunately, this is their downfall. They are often not cared for properly and will either die within a year, long before their normal lifespan of 20 years, be taken to reptile rescue groups, or be released into the wild. This is how they found their way into the Florida Keys. They are an invasive species in Florida which means their numbers have increased rapidly and they are detrimental to the growth of indigenous plants and displace native animals.